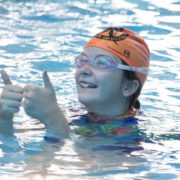 It was strange, thinking back, how the course of our daughter’s life changed in a moment. A moment that took place in a portacabin, painted with cheery cartoon images, but a portacabin nonetheless.

“Your daughter has a diagnosis of autism.” It wasn’t unexpected, but the tears still flowed as a bundle of leaflets were passed to us, together with a box of tissues.

Our daughter didn’t notice the diagnosis or the tears. She carried on lining up her toys, her little toys in the small bag she carried everywhere for security. Under her arm was her bunny, who went everywhere with us—a comforter.

We knew that we’d be receiving a diagnosis at the meeting, but hearing the word “autism” spoken still cut into our hearts. The feeling that her life would now be defined by a “label”; one that was necessary to enable support to be granted at school.

Telling family members provoked different reactions. One didn’t mention autism by name, but sent us a note referring to our daughter’s “problems.” Another said, “Well, there’s never been anything like that on our side of the family.” I did wonder if they felt that sense of grieving for the child we wouldn’t have, coupled with an immense sense of fear for our daughter’s future.

In the weeks that followed, I found it hard to talk about it without crying.  I guess the masses of emotions rushing around in my head had to find a way out and they did, through tears. I found myself imagining the events we probably wouldn’t see for D, like a wedding, children, a life partner. It was quite ridiculous, really, as it only served to upset me more.

I was a child-minder at the time and couldn’t help but compare the children happily playing in the garden to our daughter, who would put toys and/or books into a pile in the centre of the room and walk around them with a totally blank expression. She didn’t respond to prompts or offers of a cuddle. She was totally in her own zone.

I don’t know exactly when my mindset changed to a “can do” approach. I think it was around the time that D very hesitantly traced the letters of her name on a piece of paper sent home from school. That produced happy, proud tears on my part. Way behind the other children in her class, D could count to 50 by age 3 but had very stilted speech. Reading phonetically wasn’t happening and the (mainstream) teachers just seemed exasperated by her meltdowns, her unwillingness to enter a noisy/busy classroom, and her reluctance to join in. They described D as “flighty,” which hurt. D’s TA was fantastic though, understanding that D needed a “softly, softly, get down to her level” approach.

It took a while to get a Statement of Special Educational Needs for D. The first one was rejected and the second granted—it took about a year in total. It added so much stress to our lives, wondering why the “powers that be” were treating our child solely as a budget figure and not the individual that she was (and still is). We realised by then that mainstream education didn’t suit D and there wasn’t a chance of a SN school without a statement. The pressure felt immense and, all the while, we could see just how much D was struggling in the mainstream environment. It wasn’t for her.

It was a difficult decision to make for our then five-year-old daughter: Do we stick with mainstream education with exams at the end of her schooling? Or opt for the SN school, which didn’t offer exams but instead focussed on life skills and social skills and offered a smaller class size and higher staff ratio?

There was no contest really, we chose the environment we felt would make D happy and where she could fulfill her potential—the SN environment. From that very first afternoon and D’s smile as she rushed towards me, we knew we’d made the right choice.

Eight years on, we know we made the right decision. Our daughter is now a teenager and we know she wouldn’t have fit into the secondary school environment. She’s never going to be an academic, preferring crafts, music and low-contact sports. She’s happy, and we’re happy. And that’s everything.