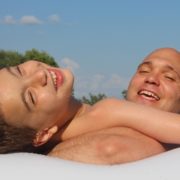 Most guys have a vision of what life will be like when we become a Dad.  We think about teaching our sons sports, helping them with homework, talking to them about girls, and then one day sending them off to college. I remember when I used to look forward to the day I could teach my son to play baseball and take him to games with me.

When autism enters your life, it changes everything. Autism doesn’t simply change the way you parent. It changes you as a person.  Here are five ways being an Autism Dad has fundamentally changed me.

1. I Now Hate Little League
I don’t just hate little league. I hate all kids’ sports. Rather, I hate attending kids’ games. It just makes me very sad. I’m reminded of what will never be for my oldest son, and the things I will not be able to experience with him. He has pretty severe autism, so even things like Miracle League or Special Olympics are out. We tried Miracle League basketball and soccer years ago, but he just ran around, spit at his buddy, and eventually bit his buddy too. I gave up on sports, as it was just too painful for me. The saddest part about it is that he would be so great at it. You can tell he would make a great athlete if autism didn’t rob him of the attention and focus needed for sports.

2. I Can No Longer Relate to Other Dads

One of the hardest things about being an Autism Dad is the isolation. It is tough to meet new people and become friends with other dads. I simply can’t relate to them. I am a stay-at-home dad with three kids, one of whom has severe autism. Most guys like to brag about their kid’s accomplishments or discuss what’s going on at work.  I just can’t build a meaningful connection with other guys now, as we just don’t have much in common. I wrote a whole piece on the loneliness and isolation that comes with being an Autism Dad.

3. I Am Smaller as an Autism Dad

I don’t mean that metaphorically. I am substantially smaller today, 11 years after autism, than I was when my son was born. As I noticed how different foods affected my son’s behavior, I began to research and learn how food influences all of us. A few years ago, the whole family adopted the paleo diet. I personally lost nearly 100 pounds and continue to maintain that weight loss. If autism never entered my life, I don’t know that I would have gotten the kick in the pants I needed to stop my poor eating habits. I just shared my before and after paleo pictures on my blog if you want to see how dramatic this change has been.

I’ve always had confidence in my ability to be a good Dad, but autism has really tested that confidence. It’s shown me patience I never knew I had. Sometimes, it pushed hard and kept pushing until I broke. I’ve exceeded my breaking point many times in the past decade. However, autism has also taught me that it’s OK to fall sometimes, so long as I pull myself back up. It’s built in me an incredible resilience and shown me things I never thought I was capable of.

Autism showed me not to be so quick to judge. You never know what is happening with other people or the situation they are facing. Now, I try to be kind to others even in the face of rudeness.

Similarly, I’ve also learned to be more accepting. Not just of other people, but of autism in general. Through all the bedtime “poopisodes,” all the wet pants, and all the screaming, I accept my son for who he is. I love him so much that words can’t even express it.

While I’ve learned to accept his autism, that doesn’t mean I’ve stopped pushing him to be better. Despite his severe autism, he’s just as capable of improvement. Like all dads, it’s my job as his Dad to push him so that he becomes the best version of himself that he can possibly be, autism or not.

5. I Recognize a True Connection

My son, Ethan, is almost 11 years old, and he has never said the words “I love you, Dad.” That doesn’t mean he’s never said I love you to me. He says it when he looks at me with his glowing eyes and beaming smile. He tells me how much he loves me when he runs to me and says, “Daddy run.” Ethan shows me he loves me when he flops on my lap as I sit on the couch, and when he leans his forehead to mine and says “mwuah” (his way of giving a kiss). Being an Autism Dad has shown me what it’s like to truly be connected to someone with no words required.

When times are hard, I always think of this one specific time where Ethan showed me just how much he loves me. It was last fall. My wife and I had gone to the Autism Education Summit in Dallas, and we were gone for about four days. It was late when we arrived back home. The kids were already in bed.

I woke up the next morning, and walked to the living room. Ethan’s back was to me as he was watching his favorite YouTube clip on TV. I remember this so vividly. I said, “Ethan,” and then I waited for him to respond. He turned around and looked at me. He gave me the biggest, brightest smile you could possibly imagine. Then, he ran over, giggling, and jumped into my arms. Laying his head on my shoulder, he wrapped his arms around me and squeezed me tight. It was the first real, spontaneous hug I ever received from him. All the while, we both had huge smiles on our faces.

It’s one of the single best moments I’ve ever had.

Founder at I'm Simply A Dad
My name is Dave, and I'm just a regular Dad working hard to ensure my family is the happiest and healthiest we can be. On my blog, I share inspiration, and lessons I've learned as we journey towards health, hope & healing. Join me at I'm Simply A Dad.

Looking Back Now Is Easier Than Looking Forward Was Then

She Has Non-Verbal Autism, But Her New Friend Understands Her Just Fine
Scroll to top