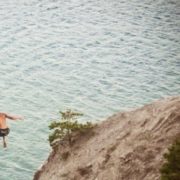 Do you feel it sometimes, the fear?

It can creep up at any time, envelop you in its proverbial black cape, and stay there, making you think and worry, fearful for the future.

I’ve been thinking of this since our daughter turned 13 in May. She received her autism diagnosis at 4.5 years, so she’s been defined by this “label” longer than she hasn’t. Scary, eh?

The last few years have gone by in a flash, and she’s heading into year nine in September. Nine will turn into 10, 10 into 11, and then what?

She’s very lucky to be in the right setting for her. It became very apparent that mainstream wasn’t appropriate for D, and once we’d appealed against a statement rejection and had a successful appeal, we were able to get her into SN school within a term.

It felt a tough decision at the time: Do we “stick” with mainstream, recognising that D was finding it all way too challenging and hope for some sort of qualification at the end of a (angst-ridden) time in mainstream? Or do we go with our hearts and choose an SN school, with its smaller class sizes and its focus on “life skills”? It was an easy decision to make after deliberation—we wanted our daughter to be as happy as she could be, and anything else would be a bonus.

And she is—more than is. We listen with absolute joy as she reads, clap as we watch her class performances, and marvel at the fact that she’s there, on stage, when in mainstream she was too nervous to enter a school hall; too full of anxiety to participate in any activity.

But, we know that in a few short years it will all change; she’ll be too old for school. And then, what’s next?

A college placement in a huge sensory-filled building?

What if it all becomes too much? What if she’s singled out? What if someone suggests something and she says “yes,” as she doesn’t have the confidence to say “no”?

What if the bus to college is late and she starts to walk, with zero road sense? Or gets into a car?

What if there’s a job placement and other people don’t understand and accept her?

What if she’s bullied and is told not to say anything? What if it’s a person she perceives as authority? She wouldn’t say a thing, but just twist herself in knots, tighter and tighter.

What if she doesn’t get a job or college placement? What then?

And my biggest fear of all: How will she cope when we’re no longer around?

At best, she and T tolerate each other. Would they be able to get on (ish)?

I don’t like to think like that, but nobody is immortal. I’d love to be; to always be there for her.

That’s the fear that keeps me awake sometimes.

Five Things Only an Autism Parent Would Understand

The Reasons I Don’t Like to Eat
Scroll to top