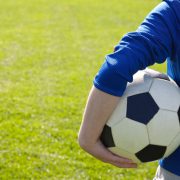 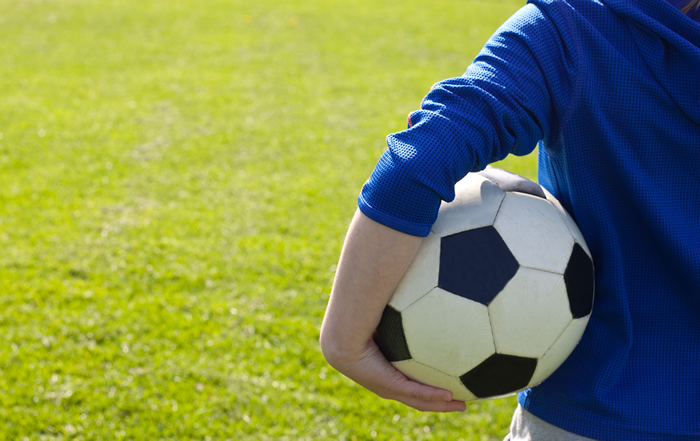 Two weeks ago, we were on one of our Sunday walks around Cosmeston Lake, heading off of the usual footpath that most people take around the lake. There were two men in their late ’20s/early ’30s kicking a ball back and forth. Ethan saw the football and said, “I want to score a goal.” With that, he bolted for the men, leaving me and my husband, Jamie, in the dust.

We are used to this sort of thing—calling his name and saying “Stop!” only works in certain situations—and this wasn’t one of them. As we’ve discovered, children with autism tend to have no awareness of danger at all. Ethan doesn’t know to look left and right before we cross a road, and he would be the first person to run flat out around a busy supermarket car park, regardless of the fast cars.

Jamie and I ran towards Ethan, picking him up just before he got caught in the crossfire of the game being played. We apologised for Ethan adding himself to the game and headed off on the path once more. As we walked away, a voice caught my attention and I saw a ball heading towards us in the corner of my eye. One of the men had taken it upon himself to kick the ball to Ethan, saying, “Here you go!” Ethan hesitated at first, but with a little encouragement, he kicked the ball back to the two men on the grass.

This activity only lasted for about three minutes, but that was long enough for Ethan. He didn’t necessarily know how to play the game; he just wanted to score a goal. In Ethan’s mind, no words were needed either—he got to kick the ball, but he wasn’t really bothered about communicating with the people around him. We told Ethan that the game was finished; otherwise, he would have spent the rest of the day kicking the ball back and forth with the men. That’s something that neither we nor the men would have wanted to do. Ethan began to wander away, so we thanked the men for including him in their game. They responded, “You’re welcome. No problem at all.”

I don’t think they truly realised what they had done. In their minds, they had just let a little boy play football with them. To me, it was much more. They didn’t hesitate to play with Ethan. They didn’t get too close to him; they simply allowed him to have fun with no questions asked. In turn, Ethan got to do something that he loved to do, usually with daddy, but this time with strangers. He wanted to include himself, and have himself seen and heard.

To the men who made Ethan feel welcome, who asked no questions, and who let him join in with their game, THANK YOU! Ethan walked away happy and so proud of himself for playing football and scoring a goal.

If there were more people around who didn’t judge, who just treated everyone in the same way, the world would be a much nicer place. We, as parents, wouldn’t feel like we are constantly being judged by those who don’t understand what we’re going through as a family. We wouldn’t feel on edge all of the time and we wouldn’t have to have our guard up constantly; feeling compelled to answer to every ‘tut’ or disapproving look that strangers give us in public. So, thank you, for turning a family walk into an even more special outing.

Founder at Mummy Logs
Charlotte is mum to a little boy who has autism. When they're not taking on the world, one day at a time, they can be found baking, reading stories and playing with Play-Doh. Coffee and cake are the answer to all of her problems; along with reading, shopping, blogging and laughing out loud.

Teacher Tells Student With Autism, ‘These Tests Only Measure a Little...