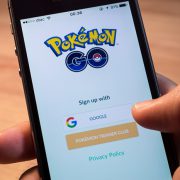 There’s no denying that the Pokémon Go craze has taken a few countries by storm. If you’re like me, you’re probably way past eye rolls at the mention of Poke gyms and Poke stops and more. But the incessant chattering about all things Pokémon Go has a huge silver lining—it’s helping to get many people (kids and adults) out of the house and socializing with strangers. Especially kids with autism. And that’s a wonderful thing.

Take a look at this heartwarming note from Brooklyn mom Lenore Koppelman about the impact that Pokémon Go has had on her son, Ralphie. Six-year-old Ralphie was diagnosed with autism and hyperlexia four years ago. He doesn’t interact with strangers and doesn’t tend to be very adventurous. He likes his routines and doesn’t typically like them disturbed. That is, until Pokémon Go.

Since he started playing the game, his parents have noticed that Ralphie secludes himself a little less than he did before, and also talks more to the people he’s familiar with. Given the positive effects of Pokémon Go on her son, Lenore does recommend it to the parents of other children on the ASD spectrum, but cautions them to keep an eye out:

“It’s tempting for Ralph to wander off to find Pokemon, so I have to keep a close eye on him,” she said. “However, I don’t want to be so afraid of the dangers that I deprive him of the potential positive outcomes as well.”