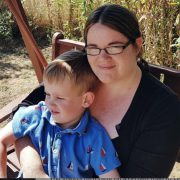 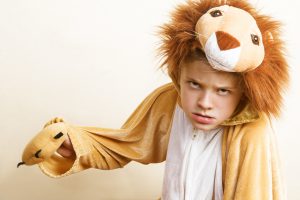 Think of that, and now imagine this.

There are three fluorescent lights on each side of the room. One of the set on the left has stopped working so the bars of light are uneven. Yesterday they worked and the bars were exactly the same length. Today they are different. How do you feel?

There is a picture in a book of a small child in the middle of a road on their own. You have been taught that small children should really ask for an adult’s help when crossing. How do you feel?

You always turn right on a certain road to visit the supermarket. But today, although you are on the same road, you are going somewhere else and so you need to turn left. How do you feel?

There are numbers in a book but they do not follow in sequence because they count different objects on the page. They are just scattered – a three here, a five there. How do you feel?

Many people may have heard autism parents or professionals discuss the idea that children with autism “need” or “respond well” to routine. When you experience an autistic child’s desperate fear and confusion when faced with the unexpected, this description seems so inadequate. My son’s way of viewing the world is constrained by a rigidity of thought and action that you can only really understand by knowing him, loving him.

Some days a big change, something we had all been dreading, will seem not to worry him. Other days, the grief and heartache of a different spoon can make him huddle against me, racked with sobs, imploring me to make it better. Sometimes I can make it better. Sometimes I can just fetch the other spoon. But sometimes the light is broken. Sometimes, the other spoon isn’t there, we have to turn left, and the words and pictures in the book are set and cannot be changed.

For him, a different route, a pattern disrupted, a rule broken, a turn of phrase slightly changed – they can make his world spin out of control. They can feel, to him, like finding a lion in the living room. He is so young and the world is so new, so frightening to him – as it is to any young person, finding their way. And so his turmoil cannot not stay internal, like mine would, like yours might.

He rails against the world. He wants to tear down the sky. An uneven light can make him feel like the universe is wrong, wrong, wrong. I see it in his huge blue eyes, brimming with tears. He cannot understand why such an awful trick is being played, why the world is so unpredictable, so disturbing.

If you saw a child throwing a tantrum in the street, refusing to go the way their mother asked, flailing and kicking in anger and frustration, would you think they needed clearer expectations about how to behave? How about if that child was old enough to be past tantrums? Seven? Eight? Nine?

If you saw my boy, sobbing, screaming in a coffee shop because he wanted a chocolate muffin and there were none left, would you think he was spoiled? Would you think that I had indulged him too much, given him too many muffins, not been strict enough?

Now remember that feeling. That desperate, overwhelming emotion – the one where you were lost, had no one to turn to, desperately wanted the world to be put back where it should be. Remember what it is to be full of fear and feel alone.

Remember that feeling and catch a glimpse of the lion in the living room.

Remember that feeling and be kind.

A version of this article was first published here.

Founder at Someone’s Mum
Danielle is an ex-English teacher living on the Gloucestershire/Worcestershire border in the U.K. with her husband and young family. She has two children—a boy, nearly 4, who was diagnosed on the autistic spectrum when he was 2, and a daughter, who is 19 months. She blogs about general parenting topics, as well as her experience with autism and issues surrounding teaching, at Someone’s Mum.

An Adventure of a Lifetime: Cycling Across America
Scroll to top