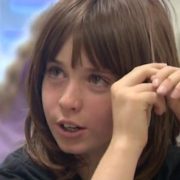 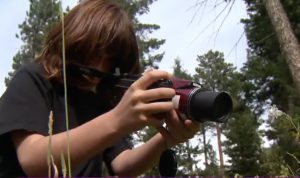 Adam Wolfers believes that autism has an impact on his son’s hobby. But he means a positive impact—not a negative one. Because his son Morgan’s hobby is photography, and he’s got quite an eye for it. “He has always noticed stuff that other people didn’t notice,” explained Adam.

Morgan is 10 years old, and was first diagnosed with autism at age 3. Morgan has had a hard time interacting with other people and has had meltdowns through the years. He admits to sitting alone sometimes. But, while his teacher notes that he “operates a little bit differently” than the rest of the kids in his class, she also said that the only difference she sees between him and them is that he “needs that extra clarification of directions.”

He has found that clarity and focus in nature, where he is attracted to the juxtaposition of colors and shapes in the flowers and plants and more.

Morgan not only has an eye for nature photography, he’s also started his own business. At the moment, he pays a local shop owner for display space on her shop’s wall. “I thought it was amazing that somebody so young would even want to start something up,” she said. “He’s one of our top sellers.” Ten percent of his profits go to the Blue Ribbon Arts Initiative, which supports autistic artists.

But he’s not in it for the money, explaining, “I’ve seen a lot of things that amaze me and I just want to share those things with others.”

One of his photos was even picked by National Geographic for display in the home of Vice President Joe Biden. Morgan’s reaction? “I was like, oh my God, I can’t believe it!”

His parents teared up as they recounted what his photography means. “This photography is kind of his saving grace,” explained his father. “Because it gets people to look past [his issues].”

“He’s going to make his way,” his mother Heather said, fighting back tears.

Morgan’s advice to all of us? “Try new things and explore your limits and what you want to do.”

In other words, don’t be afraid to see things differently.

Looking Back: What I’ve Learned Along the Way

Teen Demonstrates the True Meaning of Sportsmanship
Scroll to top