In March, we profiled a police officer in Waukesha, Minnesota, who reacted appropriately and compassionately when he realized that the teenager who was “getting physical” in a local Target store had autism. Police departments from Minnesota to New Jersey and throughout the U.S. are being trained to become better educated on mental health issues, disabilities, and autism, helping them better respond to situations involving people with special needs. 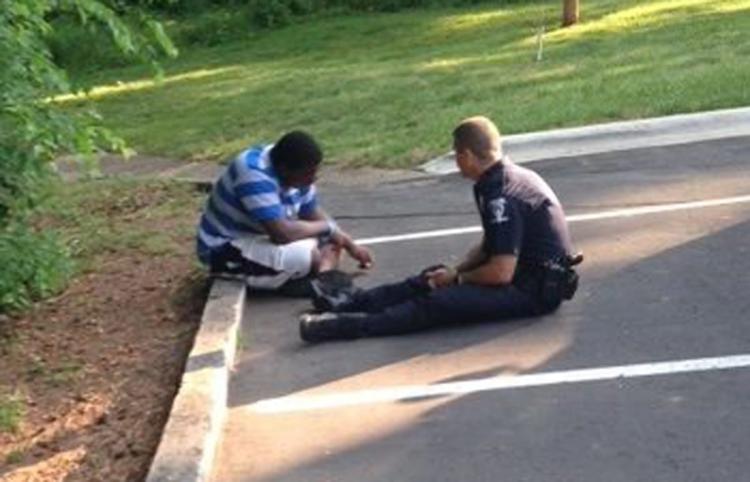 Just this past weekend, the Charlotte-Mecklenburg Police Department in North Carolina posted a photo to its Facebook page showing an officer sitting down in a parking lot to talk to a teenager who was also sitting on the ground. The social media post explained that the policeman, Officer Tim Purdy, had been sent on a call involving a young student from a local high school. The boy, who has autism, had walked out of school and was believed to be suicidal. He had also displayed violent behaviors in the past, so the officers needed to be on alert.

When Officer Purdy, who has been named his department’s Officer of the Month in the past, saw the high schooler sitting on the ground, he sat down next to him. This put him on the student’s level instead of standing over him, threateningly. He talked to the young man, and even had him laughing at one point, establishing a sense of friendship and trust. This connection between the two then allowed the policemen to get the high schooler the help he needed.

As always, we’d like to see these type of stories become commonplace and not make the news because of their rarity. Until they are, however, we’ll keep sharing them so that other police departments, and people in general, catch on. Respond with caring and compassion, not force.