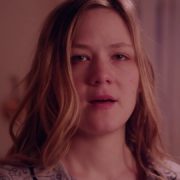 We have seen the topic of Autism featured more prominently on television and in films over the past few years than in the nearly three decades since “Rain Man.” And that, of course, is a great thing, as the exposure forces society to become aware of autism and then more accepting of all individuals on the spectrum.

First, there was the news last year about Sesame Street and its new character Julia–a Muppet with autism. Then there was the airing of “The A Word” the past few month in the U.K. Before it went off the air, “Parenthood” featured a child with Asperger’s and limited social skills hitting the awkward and difficult teenage years.

Now we’ve just seen the trailer for “Jane Wants a Boyfriend,” a movie that centers on an adult with autism. The film, as described by The New York Times’ critic Andy Webster, “examines autism in the context of sisterly ties and intimate relationships.” Check out the trailer below.

We Salute You, Officer Purdy