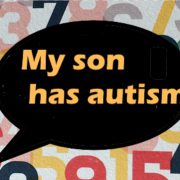 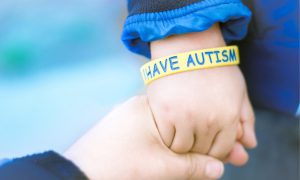 No one has a child hoping that they will have problems and difficulties in life – that would be absurd.

We want our kids to fit in with their peers, have friends, enjoy their childhoods and do well at school, but sometimes life doesn’t dish up exactly what we were expecting.

Seeing your kid on the edge of things struggling to join in is a painful experience, as any of us who have been in that position can testify.

When Edward was first diagnosed as having Asperger’s Syndrome it didn’t come as a surprise to me as I had suspected that he was on the spectrum on and off for quite a number of years. It was more of a shock for Nick, and I remember him asking the psychologist who gave us the diagnosis for a percentage score of how autistic Edward actually was. The conversation went into a strange loop, with the psychologist unable to give a precise figure and Nick struggling to get a handle on the situation without some tangible score.

When we got home, we contacted both sets of our parents and let them know. Then we had to work out who else to tell and in which order. Edward was 8 years old at the time and it seemed only appropriate that, seeing as he was old enough to understand, he should know about his diagnosis before anyone else. So we sat him down and told him.

I’ve written about how we did this and how Edward reacted here.

Nick and I both agreed that school staff needed to know. After that it became more tricky. We wanted to tell our friends but were aware that, if we did so, some of them would inevitably mention it to their own children. We wanted Edward to be settled with his diagnosis before he had other children asking him about it. Nick also needed a bit more time to get his head around it first.

In the end, once we’d had a bit more time to digest the information as a family, we did start to  tell our friends. Sure enough, one family must have talked about it in front of their own children, as Leila came home from school reporting that one of our friend’s kids had asked, “Has Edward got autism?” I was just very glad that we had sat our kids down and explained autism to them first. I wouldn’t have wanted any of my kids hearing about Edward’s autism as if it was something scary and frightening.

Edward didn’t want his primary school class to be told about his diagnosis, although this was something offered to him by support staff.

Towards the end of primary school, Edward was open to letting family friends know about his diagnosis. We found a very useful book called, “Can I tell you about Asperger Syndrome?” by Jude Welton. It’s a short read and can be read by children and time-pressed adults alike. It gives a quick overview of what it is like to have Asperger’s from a child’s perspective. Quite a few family friends read the book and I think it gave them more understanding and patience toward Edward.

Once Edward reached high school, I realised that a real shift had occurred in terms of how he viewed his autism diagnosis. He wrote this when he was 13 years old:

“I have a condition called Autism. It affects my behaviour, and makes me less social but more focused.

Most people see autism as problem but I see it as a feature of personality. If there was a cure I would not take it…. because I would die and be replaced by another person inhabiting my body. It would not be me, but a less interesting version of me without my best and worst features.”

If you are telling people about your child’s autism, I think it is worth pointing out what their strengths are as well as their weaknesses. I recommend letting people know what things will help them stay calm, what things they will enjoy and what they will be motivated by, rather than only focusing on the negatives. Taking this approach is a more positive way of explaining who your child is and what they need.

A few months ago, I read an article about a 19-year-old boy who had been diagnosed with autism as a young child. His parents had kept his diagnosis a secret from school, friends and even grandparents. They claimed that they had successfully managed to help their son pass as “normal.” I wonder how on Earth they did this – and I also worry about the mental toll this took on their son. I want Edward to know he has autism. I want other people to know and understand what this means and I don’t want him to have to hide.

Our kids will become adults sooner than we can imagine, and a world where autism is less stigmatised will be a better place for them to flourish.

Although I would never wish any of the difficulties that Edward has experienced through his autism on him, he simply wouldn’t be the interesting character that we know and love if he wasn’t autistic. The challenges he has faced have forced him to develop buckets moreof  self-awareness, reflection  and perseverance than I had at his age, and I can’t help but hope that this will stand him in good stead for the coming years.

Lynne is a Speech and Language Therapist and a mother to 4 children. Her eldest son Edward is on the Autistic Spectrum. Lynne has a blog full of funny tales of family life dotted with little nuggets of wisdom at aBlogAboutRaisingMyAutisticSon.com

2017 NFL Pro Bowl to Be Autism-Friendly
Scroll to top