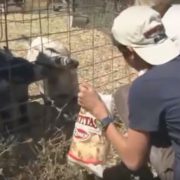 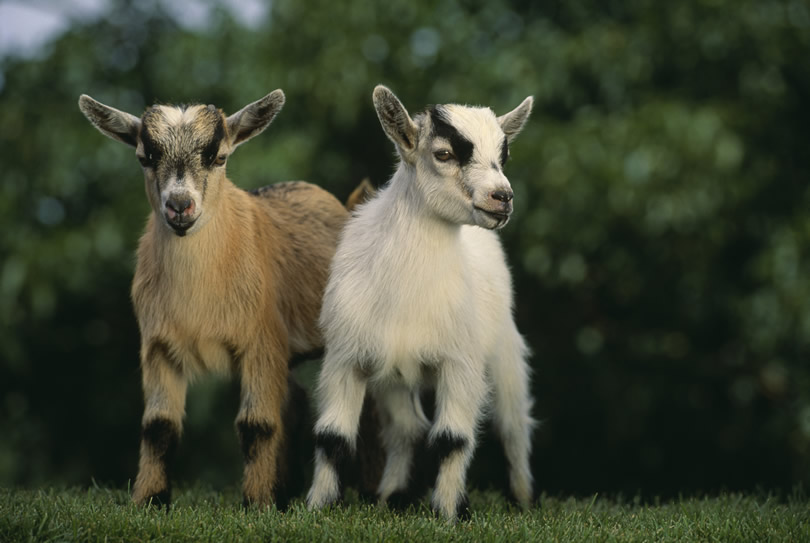 Thanks to his mom, Alicia, 16-year-old Jackson Seaton is the happy owner of not just one, but two pygmy goats. Though they don’t live with him at his home, Jackson and Alicia visit the goats—named Jasper and Zephyr—often, at a farm in Folsom, California. Alicia got the goats after hearing other success stories about children with autism using therapy goats, and hoped they’d help Jackson out, too.

She bought them from Kathy Griffith of Griffith’s Pygmies in Meadow Vista. Kathy has two daughters with learning disabilities, and she’s happy to have been able to help out several families with autism. “Being able to give back to these kids, where others may not take the time to do so” she explains, “just means the world to me.” In addition to training some of the pygmies to be therapy goats, Kathy also breeds and shows them. The goats can be smarter than dogs, and research has shown that they’re entirely capable of building emotional relationships with humans. 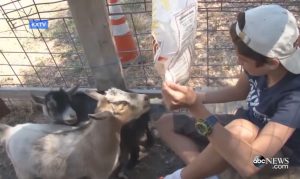 Jackson cares for the two goats, not just feeding them, but also talking to them and learning to love them. His mom watches as Jackson reads to a goat; its head cradled in his lap. She considers it a success just to get him out of the house, off electronics, and into the fresh air, but also says that he’s becoming more vocal because of his interaction with the goats. Even his speech teacher has noticed the improvement, as Jackson tells her stories about the goats.

Jackson’s mom says the goats make him feel just like everybody else. “I love them,” he stated.

His Laughter Is Contagious