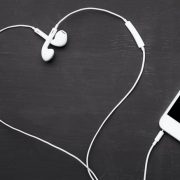 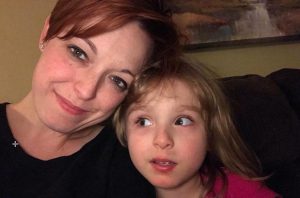 My younger daughter Zoey is not one of those 4-year-old kids that can talk your ear off or ask you a billion questions all in the span of a few seconds.

We found out that Zoey was different when she was about 19 months old, and in the month before her second birthday we would know why. Zoey was diagnosed with severe non-verbal autism, with “no guarantee of speech.”

Severe non-verbal autism is rough. Anyone that tells you otherwise isn’t telling you the truth. A child that can’t verbally express their wants and needs is a child living in pain. As a parent of a child whose only way to communicate is to scream and thrash around because their words are trapped inside their beautiful minds, I can tell you that it is excruciatingly cruel.

The emotional and physical toll that these tiny humans and their little bodies go through because their voices can’t be heard is heartbreaking to witness day and night.

Zoey has been getting intensive early intervention services since she was 19 months old, and at 3 years old she transitioned into the public school system. She also started receiving outside ABA and in-home ABA, and we haven’t been able to work in music therapy and swimming lessons.

She is a very busy little girl. She works very hard—her schedule is busier than most adults working two full-time jobs and she’s only 4 years old.

Thankfully, I had found a way to communicate with Zoey early on, without words, and it was completely by accident.

It’s with music. I love music, and I found that she does too. I downloaded numerous songs onto an old iPhone and for two years she has been communicating with me via music and song lyrics.

Certain songs on her playlist have eased her frustration and anxieties. Other songs are used to convey a message, with some lyrics played to tell me something. She lives life lyrically. One example of what living life lyrically means…

Recently, we had a two-hour drive to our state children’s hospital. It was a two-hour appointment and then another two-hour drive home. A total of six hours with a non-verbal child. All we had was music between us. She played her songs, while I listened and tried singing along. I don’t think she liked the way I sing because she changed the song every time I sang.

On the ride home, I had to process a new diagnosis of ADHD that I’d been given for Zoey, and I had no one to talk to. I listened to the songs that Zoey played from the backseat as I drove in silence, while hiding my tears as best as I could. I was feeling so very sad for her and this sadness was visibly hurting me. It must have been obvious to Zoey as she sat there playing her music.

The next day, Zoey played the same song over and over for the 25-minute ride to ABA. It was actually just one lyric over and over, for the entire ride. I got out and I tried to hide my tears as I dropped her off. The song had been from Michael Bublé and the lyric was, “Baby you’re not lost.” Played over and over for 25 minutes. Yeah, I broke down after she was gone. How could you not? She was telling me through song that everything was gonna be OK and that she’s not lost and together we will make it through.

Something similar happened just the other morning on our drive to school. She played a song that she’s never played before and she kept rewinding the same part of the song, just as she had done that other day. I knew right away that she was trying to tell me something.

The same lyrics for a 21-minute drive to her school.

I said, “Mama hears you. I get it baby girl. I understand what you’re saying. I will listen to the words that you cannot verbally say to me and I will make it better. I will change your schedule to fit your needs.”

The song hook she played stung me like a bee. It hurt; it hurt so much.

I cried the entire ride home for my child. Through the song lyrics, Zoey was trying to tell me that she’s tired and that she’s had enough. She needs a break in her schedule because she’s working hard, so hard. It’s been 2 1/2 years and she’s just a tiny little human that needs a break. And I hear her—I hear her without her having to verbalize a thing.

The original version of this blog post first appeared here.

Speaking Through Our Tears

A Diagnosis Is Not a Label
Scroll to top