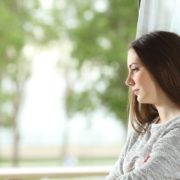 I was at such a low point on the day I called for help. I had struggled for so long and was getting nowhere and my kids were causing me so much concern. Life at home was bad and I knew if I didn’t do something, life would collapse under me. Autism is not pretty and I could not face any of my kids having another meltdown. I guess you could say I had my own meltdown, in a way.

I called for help.

I called the school first. I regret that.

My kids are just so typical of millions of autistic kids: They hold it together at school and I get the full brunt of everything at home. I had been to Parents Nights and heard all about how well-behaved they were. I always left wondering if they had the right child, as at home I never hear a gentle voice or a kind word.

I called the school for help but they turned on me. It was not my kids, according to them. No—it was my parenting.

Now, I swear they ignore my calls and see me as some sort of failure or fraud, I am not sure which. I get no support from there.

Then I called social services. I regret that, too.

Oh, they did come and see me. In fact, I can’t get rid of them now! They scrutinized me and had me jump through hoops for everything. Seriously, they wanted to know what job my grandparents did and at what age I first rode a bike, just to find out if there was any way I could get a break sometime! I had to go to this course, do this thing, look into this place and so forth, just to prove myself to them. It mentally destroyed me. I have managed to get a little bit of support now, but at what cost to my mental health and my time? The fight for the smallest of things consumed me and my family to the point we dreaded every home visit.

I called therapists. Some of those I regret ever setting eyes on.

You must think I am so negative and ungrateful, but would you enjoy a stranger coming to your house and criticizing everything from your decor to your lifestyle, and everything in between? I was hoping my kids would get therapy and support, but instead I found myself talking to more and more people and my kids seeing fewer and fewer professionals. Whether deliberate or not, I always came away feeling like I was a failure and never good enough.

I called family. That was an utter waste of time, too. It is best that I say nothing more about that.

I thought I was in crisis when I called for help. I was exhausted from too many meltdowns, too little sleep and fighting the system alone.

Now I am still all of the above, but I am also depressed, demoralized, defenseless and full of regret.

My marriage is on the verge of collapse and my kids are struggling more than they were when I first called for help.

Asking for help put me through hell, not because I was unwilling to work with people or accept help, but because all that happened was I got blamed and bullied like my children’s autism was all my fault.

This is just my story. I know many people who asked for help and who have gained help and are in a better place now. I guess it all depends on whether school are supportive, whether social services believes you and works with you, and whether you find some great therapists.

I did learn a few things, though. I learned that schools can pretend all is well when it isn’t. I learned that I must brush up on my great-great-grandmother’s second cousin’s health records, as apparently these things are necessary just to get help for my autistic kids. And I learned that even being desperate for help does not mean people will listen to you.

I am now on medication for depression and anxiety. My kids are still screaming and destroying my house, and one is self-harming. I am socially isolated and utterly exhausted. Nothing has changed except I regret asking for help.

This article was written anonymously for AutismAwareness.com by a special needs parent.

Latest posts by Anonymous (see all)

I’m Autistic, and This Is Why I Dread Haircuts
Scroll to top