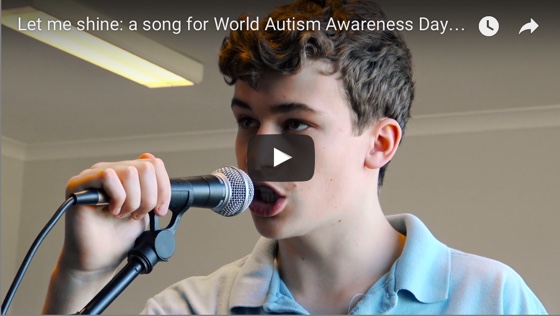 What do you get when you combine the talented, autistic teenagers living at Prior’s Court in Hermitage, Berkshire, U.K., the band Low Island, and a very catchy song? You get goodness. Pure goodness.

Low Island’s drummer, Tomson Chauke, works at Prior’s Court and wanted to showcase the wonderful relationship between the staff and residents, most of whom are non-verbal and spent months learning the song’s lyrics.

Tomson explained, “It started with a member of staff being inspired by the engagement and enjoyment that our young people, who are severely challenged by their autism, have with music…. We are proud of the song and the way in which it celebrates the uniqueness of our young people and how, when given the chance, they shine.” 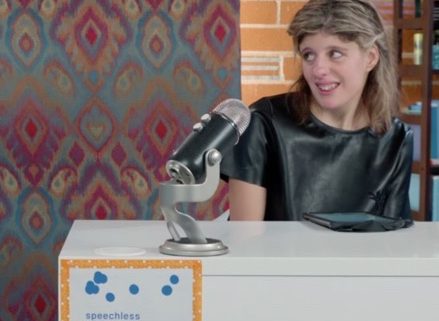 FBE partnered with Carly and the Canadian Broadcasting Corporation (CBC) in order to produce more episodes of “Speechless,” and release them monthly on Carly’s YouTube channel. FBE will help market them via YouTube to give Carly even more exposure.

We adore Carly’s exuberant, and teasingly pointed, nature. And we congratulate her on her partnership with FBE and CBC, which will allow her to keep doing what she’s doing. Being Carly. We love it. 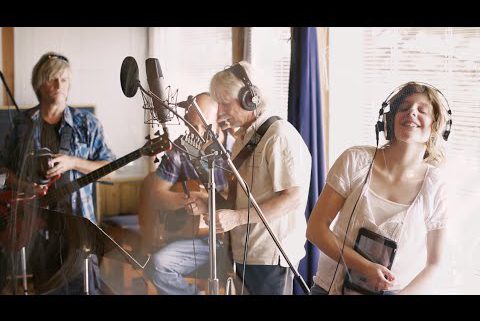 Carly Fleischmann never ceases to inspire. She is one of the most incredible people we have yet to meet.

View the music video of “Glamour Girl” written by Carly Fleischmann and performed by Kaitlin Kozell and Lil Jaxe. Artists who both have had to overcome personal obstacles to be where they are today. 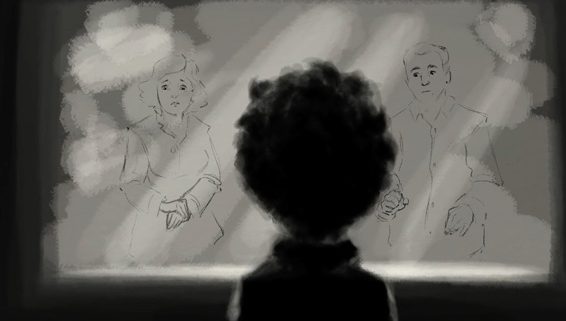 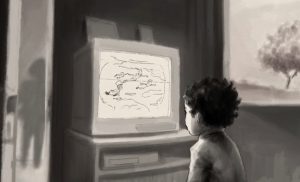 As happens with many children eventually diagnosed with autism, Owen was a “typical” developing kid until the age of 3. Then he became a shadow of his old self, no longer talking, playing, looking people in the eye—he was there physically, but had otherwise disappeared. He stayed that way for another 3 ½ years, until one day when they were all watching a Disney movie. Owen looked at Ron and Cornelia and said, out of the blue, that he didn’t “want to grow up, like Mowgli or Peter Pan.”

It was the first time Owen had communicated in years, and it was both a substantial thought and a substantial sentence. His parents finally realized that he hadn’t been gone all of those years; he’d simply been locked inside himself. And during that time, he’d watched and memorized and processed every single animated Disney movie they’d played for him. He’d formed his identity based on Disney characters and his understanding based on the films’ lessons.

Although doctors cautioned the Suskinds from getting their hopes up, they continued to use Disney animation and characters to reach and reconnect with their son. As Ron explained, “the goal was to do whatever worked.” Ron, a Pulitzer Prize-winning journalist and author, wrote a book about the journey to reach his son, “Life, Animated: A Story of Sidekicks, Heroes and Autism,” and recently realized his dream of having the book made into a movie.

That movie, “Life, Animated,” presents Owen’s story in the closest way possible to relate to what he went through—using animation. The result is something amazing and precious, heartwarming and heartbreaking. “Life, Animated” is a stunning tribute to the selfless love of two parents who were willing to do whatever it took to help their child live in our world, on his own terms.

As Cornelia says, “Who decides what a meaningful life is?”

Have you seen this movie trailer?

Hollywood Producer /Director John Asher just wrapped the filming of his latest movie called PO. A story around a Dad who loses his wife to Cancer, and left as a single working dad solely responsible for raising his sixth grade son with Autism.

This preview is nothing short of incredible and screening at festivals now. 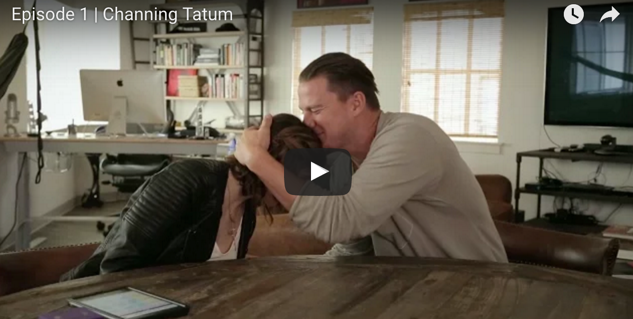 Carly Fleischmann was diagnosed with Autism as long as she can remember but that has never stopped her from moving forward. Her story has been featured on ABC, CNN and just about everywhere. She has co-authored a book “Carly’s Voice”, developed a website “Carly’s Cafe” and made headlines when, at age eleven, she started to communicate by computer. Her story is nothing short of amazing. Words like “inspirational” are tagged alongside her name to millions of people around the world.

In 2014 it was reported that Carly loss some language skills from a response to electroconvulsive therapy (ECT) and people have wondered how she is. Today, Carly is back and launched “Speechless with Carly Fleischmann”, as the first non-verbal talk show. Her first interview is with Channing Tatum!

We love you Carly! 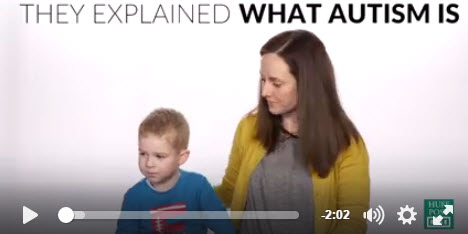 Apple’s recent videos profiling Dillan, a non-verbal teenager with autism, are just beautiful. Too often people assume that those who don’t talk also don’t think, even though speech and mind function are rarely tied to one another. As most of us know, and the rest of the world needs to be shown, just because somebody can’t communicate doesn’t mean they don’t feel or love. And Dillan proves this when he receives the computer that finally helps him open his world’s locked door.

In the first video, he explains how he experiences the world in a unique way–with his senses heightened and more intense than those of most other people—and feels emotions from those he loves.

The ability to finally have a voice gives him more control, by helping him hold onto his thoughts. It means he can finally say what he thinks, and let the people who love him know that he loves them too. Having a voice means no more isolation.

In the second video, Dillan’s mom and his therapist/communication partner discuss how the biggest challenge used to be not knowing what Dillan was thinking or feeling. We all know the value that our society puts on eye contact, with the preconceived notion that those who don’t look you in the eye when you speak aren’t listening and/or understanding you. This belief is ingrained in us since we’re young, and is one of our cultural norms that we need to change.

So many assumptions that we know aren’t true need to be shown as the falsehoods they are. Non-verbal does not mean non-intelligent. As Dillan’s mom puts so succinctly, “Not being able to speak isn’t the same as not having something to say.”

As for Dillan, he can finally show people the person he truly is inside, and not just the person they might see and not understand. Best explained by Dillan, himself, “People need a voice, not only so they’re heard, but so they’re understood and known.”

Katy Perry is one of the most famous singers in the world with number one hits like “Teenage Dream”, “California Gurls” and “Firework”.

She is also the first woman to have five number one singles in America from a single album.

However, for the autism community she has done so much more. She has provided hope, inspiration and tears of joy for millions of people worldwide.

In 2012, at Comedy Central’s “A Night of Too Many Stars”, Katy teamed up with 11-year old Jodi DiPiazza (who has Autism) to sing her hit song “Firework” and it could not have been more amazing. After the performance she said:

I will never forget last night. It was the most important moment thus far of what I do.

We couldn’t agree more. Over 9 million views later, this video will eternally be one of the greatest moments in music.