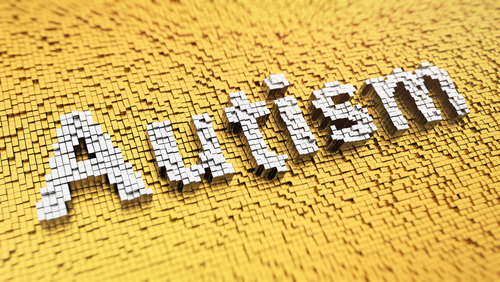 The interesting thing about autism is that the more information the scientific and medical communities discover or uncover, the less impact the news seems to have for those who deal with autism on a day-to-day and really, minute-to-minute basis. The reality is that, for those of us who love and care for people—whether kids or adults—with autism, scientific understanding is secondary to our own personal understanding of how best to communicate and interact with the person standing in front of us. However, just because autism isn’t “curable” doesn’t mean that it isn’t manageable. In fact, even talking about finding a cure implies that autism is a disease, and that’s not what it is at all.

All five of these disorders are linked to the brain, with issues affecting learning, communication, behavior and social skills. Many of them are marked by the loss of motor and language skills and difficulty in social interaction. Extreme examples of these disorders can include seizures, violent outbursts and self-injury.

Typically, developmental delays are apparent before the age of three, but that doesn’t mean children past that age aren’t diagnosed. There are adults who have been diagnosed on the spectrum in their later years. Although many people are afraid of a diagnosis of autism, it is necessary for figuring out what the next steps should be in addressing whatever issues your child is having. Be sure to go to a doctor or specialist for the testing and diagnosis.

Behaviors that can point to autism include:

Anybody who deals with autism can quote two statistics from memory:

Statistics speak to our need—and especially the scientific community’s need—to define something as-yet-undefinable. They can’t solve the puzzle, but they can tell you about some of the pieces. The best they can give you right now is a marker that points out the commonalities between people affected by an autistic disorder, so that you have a comparison point if you want or need it.

We’re all about the commonalities.

You’ll read all kinds of personal stories on the AutismAwareness.com site and, while every story is different, you’ll find the common threads of love, acceptance, gratitude and wonder. There are days of celebration and days of setbacks, days filled with laughter and days filled with tears. Yet, we’re all in this together, so nobody who’s dealing with autism should ever feel alone.

Autism. It Makes You Stronger.

Parenting: The Hardest Thing You’ve Ever Done.
Scroll to top