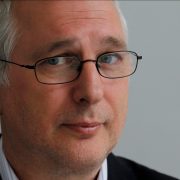 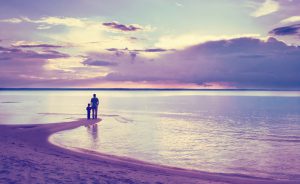 Henry Normal is known in the U.K. for writing and producing several comedy series for television, as well as publishing several poetry books over the years. He recently wrote a new book of poetry—his first in 20 years—and performed it live for BBC Radio 4. The show, “A Normal Family,” is an emotionally charged tribute to his teenage son, Johnny, who was diagnosed with autism before the age of 3. In it, Henry intersperses humor along with observations and poems about life with autism. The result is a deeply poignant, personal look at autism that every parent raising a child with autism cannot just relate to, but also laugh along with.

Henry reminisces about the day his son was born: “I remember saying to myself that he was going to have a better life than me. Things that held me back wouldn’t hold him back. I’d see to that.” He had no idea what was coming.

In an all-too-familiar story, Johnny did everything babies were supposed to do, until he didn’t. At first, Henry was in denial: “It felt somehow, betraying Johnny, to think there’s something wrong with him.” He and his wife Ann took Johnny for testing—an experience that Henry describes in the first poem he reads, about what the “mildly severe autism” label would come to mean for them.

The poems are symbolic, meaningful, and thought-provoking, but the show is full of humor. As Henry explains after the first poem: “Some of the poems are serious… and they can get emotional and a little difficult for some of you, so I’ve brought along a toilet roll.”

Henry goes on to point out: “Autism is a classification that doesn’t exist in nature. It’s a man-made distinction. And because people say that Johnny’s condition is mildly severe, that’s their observation. It doesn’t mean that’s how Johnny experiences it.”

He ticks off a list of the different recommended therapies and methods they tried with Johnny, from ABA therapy to “swimming with dolphins.” Then he sums up every parent’s feelings perfectly when he explains, “Let’s face it: Like any parents, we’d have skydived playing the ukulele if we thought it would help.”

Henry’s poetry is accessible, full of observations about the ways in which autism affects both the individual with it, and the people around them. He celebrates the casual lack of boundaries, and the little victories that add up, bit by bit. He finds the humor and allows us to not just laugh with him, but also at ourselves. Because things can be funny. But they’re also important.

Before he closes the show, Henry wants parents of newly diagnosed children to know something that he wishes had been said to him. “There will be change. It may be slow. It may never be exactly what you imagined. But I think it’s important to understand there will be change.”

Pour yourself a cuppa, or a shot of something stronger, and take the half hour to listen to this brilliant show here.

I’m Lost in the Chaos, but Still Me Inside
Scroll to top