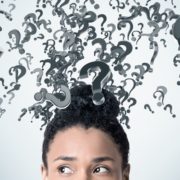 There was a time before our son’s autism diagnosis when I felt completely lost. Everything we had brought up to the pediatrician had been disregarded. He was significantly behind in speech at 15 months old. He wouldn’t pick up food or even hold his own bottle or sippy cup at one year old, and his meltdowns from sensory issues and transitions were occurring hourly. He just seemed miserable all of the time. We thought maybe severe allergies were bothering him, but everything came back negative. We took him to the dentist because he was constantly chewing on everything, but that all looked normal. I finally sat down one night and took the MCHAT (the autism screening tool) online and realized that even though he made eye contact, he had pretty much every other red flag.

So, at three years old, he was evaluated by the school district and then by a medical team. Both teams came back with a severely autistic diagnosis. And I felt relief to finally know. And I felt bad that I felt relief. But I was glad to finally have an answer and hopefully a way forward to help him.

However, after they finally answered that unknown, it only opened up the door to many more unknowns. The more I read on the subject, the foggier I was on everything from treatment to which resources to trust.

I remember being told at his kindergarten IEP meeting that in a couple years we would have to make the choice between a diploma track or a certificate of completion track. How am I supposed to make that decision in third grade? How do I know if he will have the attention span to take the required yearly state tests? Will they accommodate him? With his behaviors currently so sporadic from one week to the next is mainstreaming him at any point a total pipe dream? Will he be one of those autistic children who responds so well to interventions that we should have chosen the normal diploma track?

At that same meeting, we were handed a pamphlet about getting on a waitlist now (in kindergarten) if we think he would need Medicaid services or housing after he gets out of school. Oh, that one stung. When we are looking at our savings and our options, we do not know if we should be setting aside a college fund or funds to put him in a home. We do not know if we should put anything in his name, as it could disqualify him from getting disability when he ages out of the education system. Will he need disability? I suspect so, but I hope not. What will happen to him when I’m gone? Will his siblings take care of him? Is it right to even ask that of them? I just don’t know, and it weighs heavily on my heart and mind.

When we look at the therapies and the educational setting that is helping him so much right now, we don’t know how long it will last. Will they pull services out from under him if he progresses too much or too little? Will the government cut funding to services that help him and others like him? Will our insurance continue to cover the therapies he is getting, or will accessing those services get harder and harder? Will his new school district be able to offer him an appropriate education next year? I’m not sure of any of that, and I think most of us autism parents are holding our breath expecting the other shoe to drop.

He is currently on a medication regimen that is working for him. Do the benefits outweigh the long-term side effects? I hope so, but I don’t really know. Will this medication work for him for awhile or, as his body changes and he grows, will we be back to square one? It’s another unknown and another issue we know we could be facing just around the corner.

I feel like all of the unknowns run on a constant cycle in my head. The anxiety over the unknown can sometimes feel like an unbearable weight that I have no choice but to bear. The best thing I can do as his mom is to focus on the now and hope the answers to unknowns reveal themselves in time. Until then, I’ll hope for the best, prepare for the worst and love him with all I’ve got.

Founder at From Motherhood
Mandy Farmer, a blogger/author/advocate who writes for the blog From Motherhood. She and her husband have three kids under eight years old. Their middle son is on the autism spectrum. She writes about autism, motherhood and military family life. You can also follow Mandy on Facebook here.

How I Transition My Son Back to School After Holidays

Let Me Shine: A Video
Scroll to top