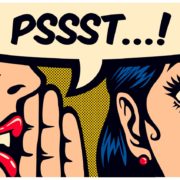 Being a mother to a child with autism means that I’m often on the receiving end of judgmental comments and stares, unwanted advice, and somewhat well-meaning—at least I hope—comments from friends and strangers alike. It’s what I hate most about autism.

Sadly, every day, special needs families that are already overburdened have to deal with this added stress. When my son was a baby, people often offered all kinds of ideas about how I could help soothe him since he cried a lot. Other moms would mention how odd it was that he needed to be swaddled at 10 months, or that he didn’t crawl for a really long time. The older he got, the ruder and more intrusive the comments got.

Strangers would come up to me and say things that would bring me to tears or, worse yet, say nothing. None of these things helped me. And, while for the most part people don’t mean to be hurtful, they sometimes are without even knowing it.

Here are just a few of the things people should never say to a special needs parent:

Autism is a spectrum, which means not all cases are the same. The adage goes, if you know someone with autism, you know someone with autism. So telling a parent this is NOT comforting at all. It hurts. Don’t say it. What should you say when your friend tells you their child’s diagnosis? You should listen, validate their feelings, and let them know that you are there to support them. Sometimes just holding space with someone means the world.

There is a big difference between a child throwing a tantrum and a child with autism having a meltdown. When a kid has a tantrum, they often do it for attention, have control over themselves, and are able to calm themselves down afterward. Whereas with meltdowns, the kids don’t do it for attention, have no control over themselves, can’t articulate their needs, and often can’t calm down on their own. I didn’t realize how different the two were until my second son came along.

This is one of those well-meaning comments that really don’t help. Because, to be honest, I don’t know either, and you saying that to me just depresses me further. I’d take a “that sucks” over an “I don’t know” any day.

This goes for “I understand,” too. Even if you have a special needs child, you don’t actually understand what it is like to raise another person’s child. Instead, validate their feelings and listen without giving advice. One of the things that makes a big difference for me is when my friends “kidnap me” and get me out of the house. This isn’t always an option for some families, though.

4. Not saying anything at all.

Yes, people stare, and it’s not helpful. When my child is in the middle of a major meltdown, the last thing I need is to have half a dozen judgy moms staring at me. Like other special needs parents, I already feel alone and crappy as a parent. Having other moms watch in judgement just further isolates and depresses me. I know I am not alone in this feeling. What would I like for people to do instead? Pick up something if I drop it in the fray, hold open doors, invite my kid to your kid’s parties, etc.…

And while I’ve had some bad experiences in the past, I have also had good ones. Over the years, many cashiers have whispered encouraging words, and strangers have helped me get out to my car or offered me a friendly smile. I also have some amazing friends who help me navigate the rocky terrain of parenting a special needs child.

What are some ways that strangers and friends have helped you? And what are some of the hurtful things people have said to you or your child?

Why I (Sometimes) Hate Autism

The Top 10 Things the Best Teachers Do
Scroll to top