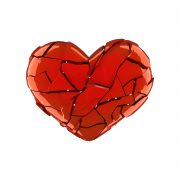 I chose a long-sleeve top to wear, once again, to cover the bruises and the scratches. Too many questions, raised eyebrows, and stares to risk showing my bare arms again.

I was attacked, again, yesterday.
So was my daughter.

We were screamed at, clawed at, and scratched.
Last week, my daughter went to school with a black eye.
There was no hiding from it that time.

There are times during the day that I am scared: scared to say the wrong thing, scared to open the blinds or the front door, scared to leave the room.

Some of his triggers I know; some I don’t.

He is unpredictable, strong, loud, intimidating and aggressive if things don’t go his way. One minute he is sitting quietly, the next he erupts.

Neither of us wants to be the cause of the next outburst, so we walk about in silence sometimes, doing whatever it takes to keep him happy.

Due to something we had no control of, or even knowledge of, we are the ones facing the brunt of the explosion. Things are thrown, chairs overturned, doors slammed.

Glasses are broken into tiny pieces in an instant, just like the fragments of my heart.

I watch my daughter tremble as I am dragged across the room and, on this occasion, even outside. He wouldn’t let me back in for hours.

I paced the street behind him, begging him to come inside, telling him it was OK and we would sort this out–desperately trying to calm him down for his sake, my sake, and my daughter’s sake.

Then it flipped back.

The cause of the issue resolved in an instant and–bang!–we were back to happy and playful in the house like the whole thing was just imagined.

He can forget. We can’t.

But for us it isn’t.

I have had enough. The next morning, I set about calling for help. I searched the Internet for helplines, advice pages, charities, and support. I read sites through tears.

“Who is doing this to you?” they ask, their tone implying sympathy and compassion.

“We will get you moved to safety.”

There is help! I hear myself cry. They can make referrals for the person causing this, they can rehouse me and my daughter in a place of safety, we can access counselling and support.

They all assume it is my husband.

If it was, there would be help and support available, both immediately and longer term.

Then I tell them something nobody wants to hear. There is silence at the end of the phone line, followed by a whispered, “Sorry, in that case there is nothing we can do.”

He is a seven-year-old boy. This is severe non-verbal autism.

The cause of the dragging me around the streets was a neighbour with a door open. He can’t cope. He is scared. He doesn’t understand. He needs help. His only way of coping is to have a meltdown.

What if it was my husband doing this? Well, there would be so much more help available; so many wonderful charities and groups ready to come to our rescue. But when I tell them it is a child–my son–and that he has autism…

I will be criticised for talking about this. I will be blamed for not being able to control my own child. I am breaking a major taboo in writing this.

It has to be talked about. Too many are struggling alone. We are one of the few, as we’re now getting some support. Don’t suffer alone. Let’s stop the silence about living with children with challenging behaviour and autism now.

This article was written anonymously for AutismAwareness.com by a special needs parent.

Latest posts by Anonymous (see all)