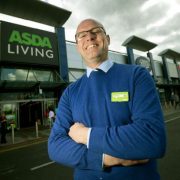 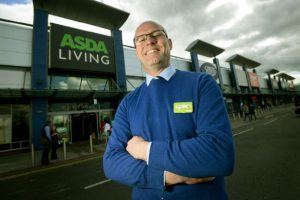 A store manager in the U.K. recently decided to roll out a “quiet hour” at his ASDA Living store to benefit people with autism and other special needs. Simon Lea was moved to implement this new concept after witnessing a boy having what appeared to be a tantrum in the store a few weeks ago. Simon said the child was screaming and kicking and carrying on loudly, and the child’s mom, who looked “drained,” told him that her son has autism and was having a meltdown. Simon, who has two kids of his own, gave the boy a toy football to play with, which helped calm him down and enabled his mom to finish shopping.

Afterward, Simon was still considering the situation and wondering what he could do to help out customers with special needs. He talked to an employee who has a child with autism and to customers themselves, and came up with the idea of the quiet hour–a time when the escalators stop running and both the TV displays and the in-store music will be silenced. Additionally, there will be no use of the store-wide announcement system. Although the store may still have colorful displays of products, the overwhelming sounds will no longer be an issue during that one hour.

Simon is especially empathetic because he suffered from anxiety for years. “I used to absolutely hate going into busy stores,” he explained to the Manchester Evening News. Furthermore, he’s learned to judge less, saying, “Six months ago I would have said ‘control your child’ even though I’ve got children. But speaking to people with autism and disabled people has helped me think about how I can make it a better place to shop.”

The first quiet hour will be held on Saturday, May 7, at 8 a.m. The ASDA Living store is located in Cheetham Hill, Manchester.

These Are the Moments

‘One of Many’ Truck Helps Drive Autism Awareness
Scroll to top