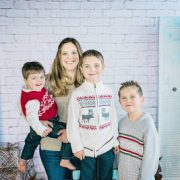 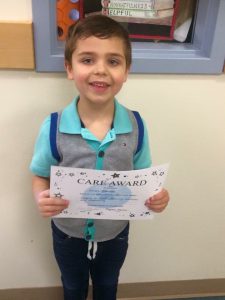 My 6-year-old son was diagnosed with autism spectrum disorder when he was 3 years old. At the time of diagnosis, I had him enrolled in a traditional preschool. The preschool was absolutely wonderful and they did everything in their power to accommodate my son.

I started the process of interviewing local kindergartens during my son’s last year of preschool. At the time, my older son was attending kindergarten at a local private school that just happened to be located above my other son’s preschool. Naturally, I felt that it would be best if he attended the same school as his older brother. So I decided that I would reach out to the school’s principal to discuss my son’s needs.

My son has high-functioning autism. He is completely verbal and he excels in reading. At the time of pre-kindergarten enrollment, he struggled with transitions and self-regulation. Meltdowns were avoided by the use of a timer and a visual schedule. In my heart of hearts, I knew that my son would do well in kindergarten. He had already made huge gains through intensive therapy.

Unfortunately, the school principal had little understanding of the autism spectrum. She told me that my child could only attend school as long as his ABA therapist attended with him. In addition, she told me that initially he wouldn’t be allowed to come to school if his ABA therapist couldn’t attend on a particular day. She felt that it would be necessary for him to prove himself. This absolutely devastated me! My feelings were this: “Why does my son need to prove himself? Is it because he has autism?” As an autism mom, this was one of the most devastating experiences of my life.

During the time, I began to do a lot of soul searching. I ended up seeking advice from my mom. She made a point that ended up resonating with me. My mom said, “If you hadn’t told her about his autism diagnosis, she would have never known.”

I began to ponder this statement. At this moment, society is autism aware, but are we truly accepting of people on the spectrum? If I could say one thing to people who don’t have experience with the spectrum, it would be, “Don’t be quick to make assumptions about a child with autism. All children are unique and they deserve to be treated as such.” Not every autistic child is Rain Man and not every autistic child is a savant. Autism spectrum disorder is called a spectrum for a reason.

I ultimately decided to send my son to the local public school. When I made this decision, I also decided to send my older son as well. As a mother, I did not want my little guy having to prove himself on his first day of school. I am pleased to say that my son has done exceptionally well this year. He is in a traditional kindergarten class. He has an extremely supportive team of individuals who have proven that they are dedicated to helping my son succeed.

This isn’t to say that he hasn’t had difficult days, but as his kindergarten teacher has said, “All students have trying days. Your child isn’t any different.” If I had to sum up this year in one sentence, I would say, “My son has rocked his first year of kindergarten!”.

Founder at Diary of an Autism Mom
Courtnie Rederick is a special education teacher in addition to being an autism mom. She has worked in a self-contained autism classroom, life skills classroom, and a middle school resource room. She has a Master of Arts in teaching with endorsements in special education and reading. Being in special education has taught Courtnie many things. More importantly, it has allowed her to learn a variety of skills so that she can better advocate for her son's needs.

Things To Do in the Summer With Children With Autism

The Moments That Take Our Breath Away
Scroll to top