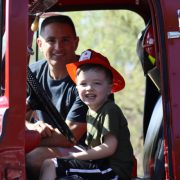 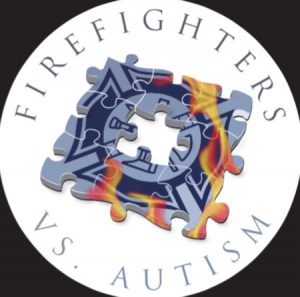 Justin Lewis is the dad of a child with autism, and a firefighter in Golder Ranch, Arizona. Because of both roles, Justin became concerned with the number of children wandering away from a safe environment (50% for children with autism), and the number of deaths of kids with autism that were attributed to drowning (91% for kids under 14, according to the National Autism Association). So, in 2013, he founded the non-profit organization, Firefighters vs. Autism, which operates out of Tucson.

The group’s mission is “to end wandering-related drownings and childhood deaths in the autism community.” They do this through education and awareness, so that the larger community—as well as parents of children with autism—learns about the threat of wandering and drowning for people on the autism spectrum. Firefighters vs. Autism also helps provides special training for firefighters and first responders, who typically aren’t trained to help children and adults with special needs.

As a firefighter, Justin knows that many emergency situations are preventable of people paid a little more attention and took a few relatively simple precautions. Therefore, the group raises money to pay for swim lessons, pool fences, autism service dogs, and equine therapy, for families that can’t afford it otherwise. They also host workshops and seminars to educate and spread the word about drowning and wandering awareness.

Firefighters vs. Autism has pioneered its own PASS alarm—Puzzle Alert Safety System—for southern Arizona, whereby members of the community can sign up to receive an alert any time somebody with autism goes missing in their specific area. The alerts are sent via email or text, and help establish an active network of people looking for the missing person.

For Justin and Firefighters vs. Autism, it’s all about preventing tragedies. And the best way to do that is through education, awareness and effort.

Making a Connection: Photographing Children With Autism
Scroll to top