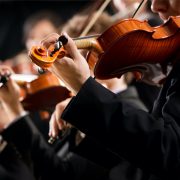 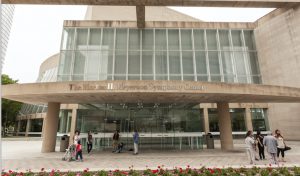 The Dallas Symphony Orchestra (DSO) announced that it will be performing a concert designed especially for children and adults on the autism spectrum and with developmental challenges on February 5, 2017. The concert will start at 2:30 p.m. at the Morton H. Meyerson Symphony Center, with a pre-concert event beginning at 1:30 p.m.

This is the second My DSO Concert—the first was held on April 10, 2016, and had 1,100 attendees. “The response to the first My DSO Concert was overwhelming, joyful and affirming,” said Jonathan Martin, President & CEO of the Dallas Symphony. “There was a buzz of enthusiasm from the audience as the music was performed, and gratitude from families that they could enjoy a Dallas Symphony concert without stress or worry.”

The February concert will be approximately one hour long, with no intermission. While the performance will be a traditional orchestra concert, there will be accommodations for people “with acute sensitivities.” These include “quiet rooms” for people who get overwhelmed by the noise; “fidgets, ear plugs and eye covers” to help prevent overstimulation; and TV monitors broadcasting the performance on the lower levels of the Meyerson for those who need to leave their seats.

My DSO Concert is presented in partnership with the Autism Treatment Center, Best Buddies, LaunchAbility, My Possibilities, The McDermott Scholars at the University of Texas at Dallas, UT Southwestern Medical Center and The Warren Center. The original motivation behind the concert was Music Direct Jaap van Sweden, who has a son on the autism spectrum and discovered that music helped him communicate.

Doors will open an hour early for a resource fair with the partners mentioned above. There will also be an “instrument petting zoo” for people to get familiar with orchestra instruments, as well as a participatory music-therapy experience provided by “Sing Your Way Home.” Patrons are also invited to stay after the concert to meet and mingle with other guests, as well as symphony musicians, at a casual reception.

Tickets to the concert are free, but must be reserved in advance. Tickets are available starting on January 5, 2017 by calling 214-TIX-4DSO or visiting the concert website at mydso.com.

Teaching the Art of Conversation

As Another Year Draws to a Close…
Scroll to top