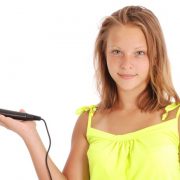 Last night was Talent Night for our kids—yours and mine and other 6th, 7th and 8th graders at their school. If you felt like I did, you were a little bit of a nervous wreck inside, though you tried your best not to show it, lest your child get nervous too. I don’t know you, but I assume you sat there, like me, in that darkened auditorium, cheering on other people’s children. You waited both apprehensively and excitedly for your son to step onto that stage and hold his own among his neurotypical peers. I waited for my daughter, no less apprehensively or excitedly, to rise above a less-than-stellar sixth grade year.

I don’t know your son, but I noticed the quiet murmur that went through the audience when he stepped into the spotlight. My son, sitting next to me (two years older and dragged out that evening against his will), leaned in and whispered to me that your son was always singing and yelling in the school hallways, often loudly. The halls, as you know, are supposed to be quiet and orderly. I understand—my daughter is an “inappropriate singer,” too. She’s also disorganized, and not wholly socially adept. I’d spent the year fielding calls from the school counselor, nurse and, on one occasion, vice principal. It’s been a rough year.

Your son opened his mouth, and the audience went silent. I hope you were recording his performance; I bet your hands were shaking. He was amazing. Any fears you might have had probably disappeared before he was even midway through his performance. He may have had some quirks, but his voice stayed strong. When it was done, he was so proud of himself.

When he went to take his seat, I noticed in the dim light that he was sitting next to my daughter. It turns out, though you and I don’t know one another, they’re friends. She raised her hand to him and they high-fived one another.

Eventually, it was her turn. As the spotlight came on, there she was, sitting on a stool with just a microphone and her beautiful voice. I couldn’t help but admire the guts that it took for her, for your son, for any of those kids who aren’t necessarily the popular kids at school, to stand up in front of their peers and do their thing. They exude a confidence that, while I’m not sure about your son, my daughter doesn’t always have. A bully had helped take some of that confidence away just this year. We’re working to get it back.

And that’s why I want to thank you. Because when my daughter was done, she too went back to her seat. And your son put his hand up and offered her the same high-five that she’d offered him earlier. She returned it and sat back down next to him, a wide smile on her face.

This month, as all of us know, is Autism Awareness month. Some people argue about the merits of awareness vs. acceptance, and whether one is more important, more useful, more necessary than the other. As the mom of a neurotypical child who often walks to the beat of a different drummer, I’m grateful to your son for being quietly aware and accepting of her. It means more to me than you’ll ever know.

Let’s Get Real About Autism