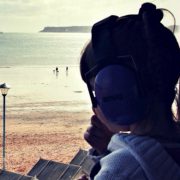 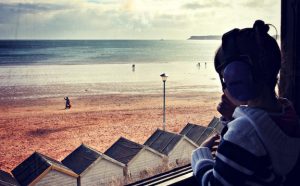 Receiving a diagnosis of Autism Spectrum Condition for your child is life-changing. Even if you know, deep down, that there is something “not quite right: with your child, and that something is probably autism, actually hearing a qualified medical professional say the words can take the wind from your sails. For a second or two, the world stops turning. Everything moves in slow motion. The words reverberate around inside your head. Autism Spectrum Condition. Autism. Autistic. My child is autistic.

And then the questions begin. Only by then, there’s no one to ask. You have, more than likely, been diagnosed and dumped. We were given a few leaflets and websites and sent on our merry way, blinking into the rising sun of the dawn of our new lives. We had questions about how this would affect her schooling, how it might hinder her speech development (already delayed, but offered no extra help with it), and who we could speak to if we had any more questions. We never really got the answers to these.

But, the answers I really wanted to know were more personal. How will it affect her future? Will it change us as a family? How will we cope? We’re only around 20 months into our post-diagnosis journey, but if I’d have known then what I know now, it might have just seemed a little less daunting. Here is a list of things I wish I’d known right back at the start…

It will be OK! I would have loved for someone to tell me this in those first few minutes. I probably wouldn’t have believed them at that moment, but to know that it had been said and to be able to pluck it from my memory when needed would have been useful. It can take days, weeks, months and possibly even years to come to terms with a lifelong diagnosis, but for all the ups and downs that will happen, it will be OK. It’s nothing to be scared of. Don’t get me wrong–you will feel scared. You’ve just crested the top of a giant hill and now you’re freewheeling down the other side, unsure if your brakes will work. But, when you stop to think about it, it’s just some words on a piece of paper. Use those words to make yourself stronger. Use those words to get the things your child needs. You will have to fight, there will be times you wonder what on earth is happening, but don’t be scared. Be empowered.

It’s not a magic key. People often say that having a diagnosis is the key to getting support and services for your child. Don’t be fooled. Yes, having those words written on official-looking documentation means that there are more options open to you, but don’t think you won’t have to fight to get these at times. Diagnoses are increasing; funding is decreasing. Service providers are limited in exactly what they can give and several families will be fighting for attention. Waiting times are long, appointments scarce, therapies lacking. You will need to shout, and shout loud.

I’ve learned more about me. I’ve always really admired parents of kids with special needs. I used to think that they were superheroes. And they are. But, guess what? They’re just parents, doing what parents are meant to do. They take care of their kids. They do everything parents of typical kids do, albeit in a different way, more often than not. Feeding might be through a tube rather than on a plate; potty training might come a few years later than the “norm”; the sleepless nights may well continue well past the baby stage (and may never end!); schooling may be at home; socialising might be in special group settings… Some children need constant care, 24/7 and their parents just get on with it, because, well, what else can they do? And I have learnt that I can do this. Even in the times when it feels as though I can’t, I can! I have amazed myself with my resilience at times. I am growing a thicker skin and a louder voice, because we have to make ourselves heard.

She will still grow and change. Yes, some things might be delayed, or maybe not even happen at all, but she will carry on growing and developing, just as other children will. Her personality will develop, she will develop a great sense of humour, she will be loving and affectionate, and stroppy and demanding! Because, guess what? She’s a kid!

I’ll find new friends. Before diagnosis, you might know one or two other people who have a child on the spectrum. At the point of diagnosis, you’ll probably never have felt so alone. But, once you start to emerge from your bewilderment and start looking, there’s a whole other world of people in the same boat out there. I find being sociable quite tricky, but I’ve forced myself to get out and go to some support groups. I’ve found new friends online–and, even though I might never meet them in “real life,” I do consider them friends. I can talk to them about things I can’t with my “real life” friends, because they just get it. I’ve even grown some sort of community of my own through my blog and Facebook page. Other parents ask me for advice! You might need to look for them, but they’re out there–your tribe.

She will always amaze me. I often find myself sitting and watching her, playing, singing, sleeping, and I wonder to myself how we created this amazing little being. Yes, her brain is wired a bit differently, but how cool is that? A very wise person said that these children are the ones that will go on to find the cure for cancer, or the solution to our energy crisis. They will explore our world, our universe, going further than anyone before; they will create technology that will revolutionise the world. The world needs people who think differently, who are different. Even if she never achieves the conventional idea of greatness and success, she will always be amazing to me; just to get through each day with the challenges she faces is awesome.

It’s what makes her, her. I get that some people wish there was a cure for autism. I get that life can be really, really tough, and if only we could take away those difficulties… But, for me, to take away the autism would be to take away my child. For me, autism isn’t something she has, it’s something she is. It’s a part of her. I don’t actually like the term “autism spectrum condition” because it implies it can be eradicated with some cream or some therapy. And I don’t like “disorder,” which implies that there’s something wrong with her. There isn’t. She’s living in a world that isn’t geared towards her; it’s not her that’s wrong! If she was “cured” of her autism, she wouldn’t be her. I love her just as she is.

Founder at It's a Tink Thing
Kelly Kemp is a stay-at-home mother of two and a full-time carer for her daughter, Tink, who is almost 5. She began blogging about their autism journey the day after Tink was diagnosed at the age of 3 as a way of getting her thoughts and emotions out in the open.

How My Son’s Autism Changed Me

I Hope You Can Read This Some Day
Scroll to top