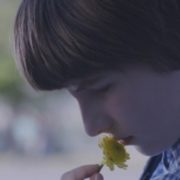 While, undoubtedly, there’s bound to be a select few moviegoers who storm out of the latest Marvel movie, enraged for one reason or another, it’s a pretty safe bet that the vast majority of viewers will leave the theater either entertained or not entertained. But when one creates art that imitates real life, they tread a finer line. Films about disability and illness must walk this tightrope like no other genre.

If you’ve been affected by disability or illness in your lifetime, and chances are you have, then watching a film that strikes a chord with your past or present situation can be difficult to watch. This reaction is paradoxical: If a film resonates with you, it can be emotionally challenging and painfully cathartic. At times, we instinctively look away because the image on the screen aligns too accurately with the images imprinted in our memories. Similarly, if the film does not resonate, or worse, fails to capture its subject’s authentic struggle, it is equally painful to watch. It feels offensive and insulting to one’s core. In other words, it can really piss you off.

I can certainly relate to both sides of this dichotomy. Growing up, my mother was an alcoholic. While she now has 18 years of sobriety, I still find certain films about alcoholism extremely challenging to watch. Whether a film completely misses the mark or hits too close to home, the inclination to turn away is tantamount. I cannot endure watching the personal hardships of my childhood made light of in Sandra Bullock’s “28 Days.” It’s infuriating.

But on the other side of this same coin, I always flinch and look away from certain scenes in “When a Man Loves a Woman.” It’s too close, too familiar. It stays with me afterward, longer than other movies or books. It digs up a shovel full of memories and emotions that I swear I buried years ago and dumps them on my doorstep. But it feels good. It connects me. Like pouring salt on an open wound, it stings, but also cleanses and promotes healing.

Watching films that portray our personal situations and histories can be difficult, but when they’re real and raw and honest and just get what we have been through, it’s worth it. They connect us, not only to ourselves and our journeys, but to everyone else in this world who has gone through it, too. They even connect us with those who have not traversed our unique paths. When we share a film with others that authentically captures the essence of our individual struggle, we begin to cultivate understanding, and somewhere deep beneath the surface of our collective consciousness tiny roots of acceptance begin to sprout and multiply. It’s quite powerful.

So when I was asked to screen “A Boy Called Po,” a film about autism directed, produced, and edited by John Asher, I knew the fine line I would be walking if I accepted. My son is autistic. While he was diagnosed a little over six months ago, I’ve been hiking uphill with autism on my shoulders for three-and-a-half years now. I knew if I watched the film I would cringe. I just didn’t know if it would be because it failed to do justice to my family’s personal journey, or if it would be because it hit too close to home.

Films I had previously seen about autism didn’t necessarily enrage me. But at the same time, “Rain Man,” “The Accountant” and, dare I say, even “Temple Grandin,” left me entertained but still wondering exactly where my personal reality was being portrayed on the silver screen. My life is filled with autism, but trust me, there is no card counting in Vegas and no secret accounting/crime-fighting syndication. Not even your classic farm innovation. It’s just my family, and autism. Is my family’s personal autistic reality not juicy enough for Hollywood? We are so misunderstood; so desperate for awareness and acceptance. Why is no one telling our story?

So I agreed to watch “A Boy Called Po,” and yes, at moments, it was difficult for me.

I winced each time the film’s autistic protagonist ,“Po,” played by Julian Feder, self-regulated or stimmed in a familiar way. I leaned forward, teeth-clenched and alert, anytime he was in danger or in pain. I chuckled aloud to myself and enjoyed a familiar eye-roll each time Po demanded “mac and cheese, please.” And each and every time Po asked his father, “Where’s Mommy,” I instinctively peered upward, attempting to deprive the rising tide of tears within my eyes the validation of an expectant cheek.

I hung my head in shame when Po’s Father, David, played by Christopher Gorham, lost his composure or verged on a breakdown. Every time he felt lost, or judged, or completely and utterly defeated, so did I. I was right there with him. Because I am there, every single day. So yeah, you could say that it hit home.

It hit home in every single aspect of my current reality as the mother of an autistic child. The constant questioning: Trust my gut or trust every professional? Socialize at the risk of bullying or shelter with the risk of solitude? Challenge by mainstreaming or support with peer acceptance?

Watching your financial stability sift like sand through your fingers, while also managing to simultaneously fail at parenting. Becoming accustomed to the absurdity of insurance policies and the infinite maze of red tape we are forced to blindly navigate. Facing mortality a little earlier than anyone should have to. Feeling alone in it. Being alone in it. It was all there in front of me, and while there were scenes from which I instinctively turned away, my gaze eagerly returned each time. As Emily Dickinson once wrote, “I like a look of agony, because I know it’s true.” I know this film speaks truth; it is drenched in my truth.

As the credits rolled, I let out a deep sigh and sat quietly for a while, a true anomaly for a neurotic like myself. What was I to do with all these feelings on my doorstep? Well, I could do what I always do. I could write about it. I could tell you about it.

Maybe you could tell your family and friends who don’t quite “get it,” like you wish they could. Maybe I could tell the other moms at my son’s preschool about the film. Maybe they’ll watch it and sit quietly afterward, pondering what to do with the feelings on their doorsteps. Maybe they’ll talk with their children who are in my son’s class. Maybe my family and friends will finally have more to go off of than “Rain Man” and “The Accountant” when trying to understand my son’s disability.

Maybe we can advocate for our children and one another by sending a message to mainstream media that we are no longer a minority, and that our lives are in no way lacking in the substance department. We are everywhere. We just don’t always raise our hands. They are very full, and carrying precious cargo. But the kind of acceptance we want, we can’t just ask for. We must spread it like wildfire. We can begin to communicate our daily challenges and nightly circling thoughts with one simple sentence. “You should really see ‘A Boy Called Po.’”

Sometimes we are so immersed in our own struggle, knee-deep in appointments and sleep deprivation, that we do not have the strength to advocate. We are not storytellers; we are exhausted parents. But director John Asher happens to be both. He has done our children a great service by making this film, and we can pay it forward quite easily.

Besides all of you, I plan on telling at least one fellow special needs mom, one family member, and one neurotypical friend or parent about “A Boy Called Po.” My hope is that you will do the same. If just one person looks upon my son with increased understanding because of it, well, then that’s the best payoff anyone’s had since Tom Cruise in “Rain Man,” and it’s about time.

“A Boy Called Po” can be seen at select theaters near you beginning September 1, and for a limited time. For those of you that can’t make it to the movies, “A Boy Called Po” is available on iTunes.

For more on “A Boy Called Po,” visit:

Founder at Diaper Diaries
UCLA grad, mama to two toddler boys, writer, advocate for autism awareness, and valley girl philosopher, searching for the meaning of life in between diaper changes. With stark honesty and impassioned vulnerability, Megan explores the duality of modern motherhood and all that it encompasses on her blog, Diaperdiaries.blog.

Autism Father and Filmmaker: An Interview with John Asher
Scroll to top