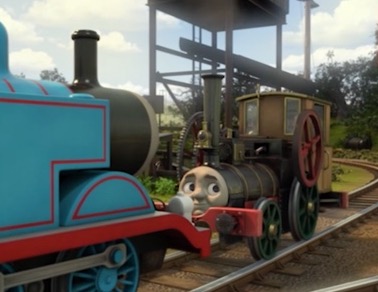 For years now, Thomas the Tank Engine and his friends have been a hit with generations of children, both neurotypical and autistic. In late August, a new Thomas movie, “Journey Beyond Sodor,” will see the little blue engine venturing beyond his home and meeting new train engines. Theo, one of the new characters, will exhibit “traits on the autism spectrum.”

“Theo very much wears his emotions on his sleeve and is not as comfortable with other people as he is with mechanics… He’s very particular. He likes to understand how things work. He likes to understand the world around him, and sometimes there’s difficulty communicating or being understood. So, we think he’s going to be highly relatable.”

This latest Thomas movie will be released in theaters in the U.K. and on DVD in 70 countries, including the U.S. There will be a diecast metal Theo toy, compatible with other Thomas engines, tracks and playsets, sold separately later in the year. A gift at the holidays, perhaps?